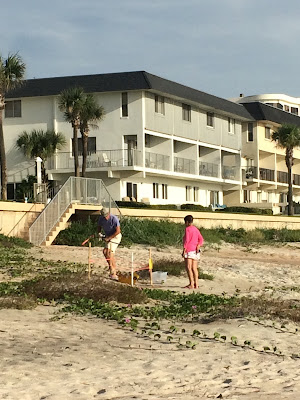 On my morning walk, I saw a 40-something man and woman jump out of their beach patrol van and run to the sand dune about 500 yards from shore. They were checking a sea turtle nest.

May to October is sea turtle season on the Atlantic coast of Florida. This is the time when the mamas come ashore to lay their eggs, and Floridians takes this sea turtle stuff very seriously. Volunteers carefully mark and protect each nest, putting wooden stakes in four corners around the perimeter, securing it with a line and a stern warning sticker – not to disturb the protected nest. 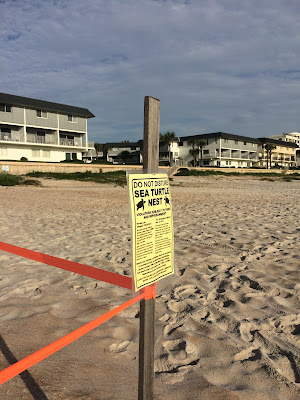 Almost every day, you will see volunteers trekking up and down the beach stopping to check each and every nest on the miles of shoreline. They’re looking for any damage (there are laws against disturbing the marked nesting zones), and they set up new markers when beach goers call in a sighting.

Waiting for those babies to hatch.

When they hatch – it is amazing. The little babies flip forward on the vast expanse of sand, following the moonlight into the ocean. 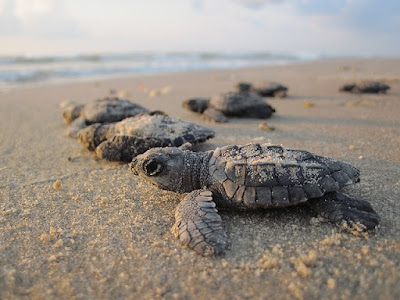 For that reason, the homes situated on the beach are not allowed to have any exterior lights beach side during those summer and fall months. They don’t want to confuse the babies.

Now, I’ve yet to see a sea turtle hatching. But I’ve seen video capturing the event – and it’s the cutest thing ever.

And you can’t help but admire the diligence of those sea turtle volunteers. They are so faithful day in and day out. They are motivated by the knowledge that the hatching turtles could appear at any moment…and they want to be ready.

When I was little girl, growing up in the 1970's in a Baptist church, we talked a lot about waiting and being ready. The Rapture was a favorite subjects for us Baptists who believed that – at any given moment -  Christ could return and we would be caught up to meet the Lord. Some of the Rapture-talk, especially the eerie apocalyptic film Thief in the Night, made waiting seem an awful lot like dread.

But in Titus chapter 2, Paul has something else to say about waiting on the Lord's return:

For the grace of God has appeared that offers salvation to all people. It teaches us to say “No” to ungodliness and worldly passions, and to live self-controlled, upright and godly lives in this present age, while we wait for the blessed hope – the appearing of the glory of our great God and Savior, Jesus Christ, who gave himself for us to redeem us from all wickedness and to purify himself a people that are his very own, eager to do what is good. (2:11-14)

Scripture tells us that we do not know the hour or day when Jesus will appear, but we are promised that He will indeed come again, and we are to wait, not with dread or fear, but with hope!

We’re supposed to be a lot like those sea turtle volunteers. Waiting with expectancy. Being assured of what will come gives us reason to say "no" the things that are bad for us, and to say "yes" to what is upright and godly.

One of these days, I do hope to catch one of those baby sea turtles wiggling its way toward the water. But, of course, far greater is my anticipation of Christ’s return. So I will wait faithfully, not with dread, but with this type of energetic, expectancy for the blessed hope that could appear at any moment.

What a joy-filled day that will be! 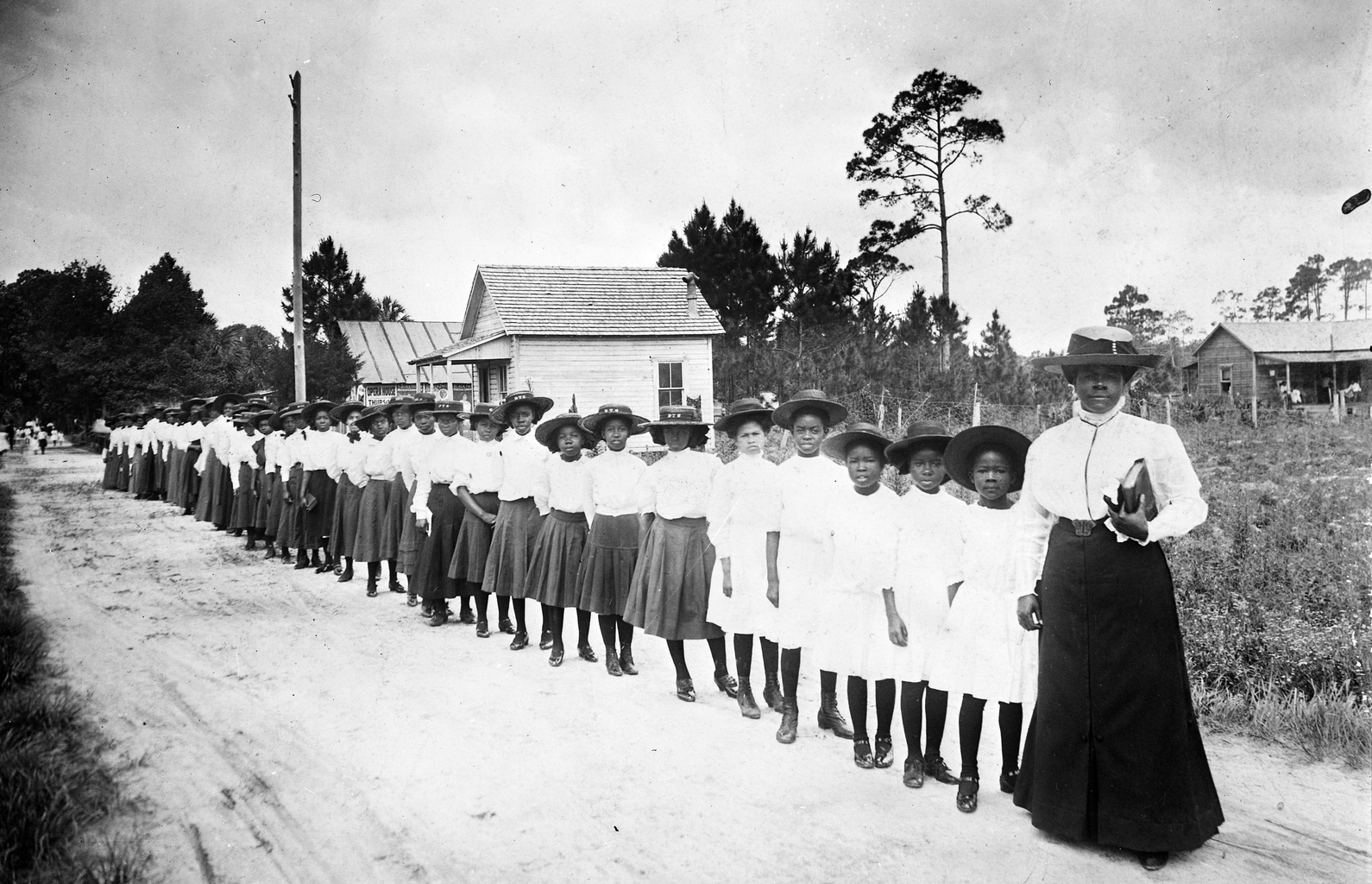 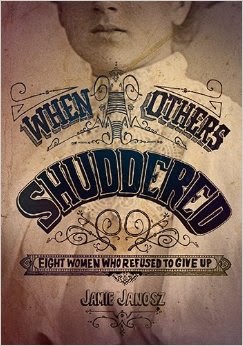